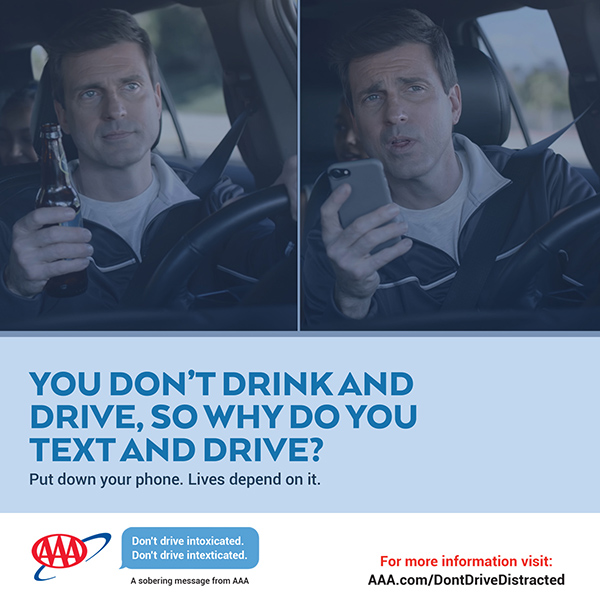 As traffic begins to pick up across the region with increased vaccinations and decreased pandemic restrictions, AAA Western and Central New York reminds drivers about the importance of focusing on the road ahead and not on their smartphones during National Distracted Driving Awareness Month.

"April isn't just Distracted Driving Awareness Month, it also is the start of construction season. As technology is continually woven more directly into our daily lives, it is paramount that drivers remember that no email, no text message, and no tweet is worth the life of another driver or pedestrian,” said Senator Tim Kennedy, Chair of the NYS Senate Transportation Committee.

According to the National Highway Traffic Safety Administration (NHTSA), in 2019 distracted driving crashes killed 3,142 people in the U.S., an average of 9 deaths per day. That number was up 10 percent from the year before (2,839 deaths in 2018). In New York State alone, 110 people died in 2019 as a result of distracted driving.

AAA encourages all motorists to eliminate distracted driving by following these tips:

“Drunk driving now has a stigma attached to it – that’s why AAA is reminding drivers, ‘don’t drive intoxicated, don’t drive intexticated.’ With more than 3,100 people killed in distracted driving crashes each year, it is time for drivers to be accountable. If we all make the effort to put the phone away when driving, we can save lives,” said Anthony B. Spada, President & CEO, AAA Western and Central New York.

“Safety on our roadways is of utmost importance. Distracted driving is a growing concern as smartphones and other distractions continue to be an unrelenting disturbance in our daily lives while behind the wheel,” said Assembly Member William B. Magnarelli, Chair of the NYS Assembly Transportation Committee. “Reminding drivers of the deadly consequences of being inattentive while operating a vehicle is necessary. Using the smartphone can wait until parked.”

“Mobile and smartphones are a way of life, but when driving on the roadways you may take a life by answering a text or using social media,” advised Trooper James O’Callaghan, Public Information Officer, New York State Police, Troop A. “Help make our roads safe by keeping your  eyes on the road and not on your phone.”

The New York State Police report an uptick in distracted driving incidents, including tickets and crashes despite less traffic during the pandemic.

“As the state begins to reopen and we start to recover from the pandemic, National Distracted Driving Awareness Month is a much needed reminder that there will be more pedestrians on our streets and cars on the roads,” said Senator Jeremy Cooney, Member of the NYS Senate Transportation Committee. “Technology is deeply embedded into our lives, but no text message, social media post, or email is worth the potential negative consequences that come with distracted driving.”

“As communities, schools, and businesses open and drivers begin returning to pre-pandemic driving levels, it is important to remember that using your smartphone for activities like messaging or social posts while driving is very dangerous,” noted Kevin Hanna, Director of External Affairs, AT&T. “Many of us have become increasingly dependent on smartphones and other devices during the pandemic to stay connected, but it is imperative to remember to put it down while behind the wheel. AT&T is proud to collaborate with Senator Kennedy, Senator Cooney, Assembly Member Magnarelli, AAA, and the New York State Police to remind drivers of the many dangers of distracted driving.”

Research by AT&T shows attitudes toward the dangers of distracted driving are softening. More than 95% of those surveyed consider smartphone distracted driving to be dangerous, but 9 in 10 people admit to doing it anyway. The research also shows that 7 in 10 drivers say their smartphone has become essential for getting around. Video watching, video chatting, and playing games while driving doubled compared to six years ago, and more than 30% of drivers have admitted to doing at least one of the actions while behind the wheel. The smartphone activities drivers dangerously conduct behind the wheel are: reading texts, emails, or social media (68%); typing texts, emails or social media posts (60%); watching videos/view pictures (54%); playing games (38%) and other activities.

Distracted driving remains a growing traffic safety problem according to the AAA Foundation for Traffic Safety’s 2019 Traffic Safety Culture Index. The survey found most drivers (96 percent) believe typing or reading on a hand-held cellphone while driving to be very or extremely dangerous, but 39 percent admit to reading and 29 percent admit to typing on a smartphone at least once while behind the wheel within the last month.

“Even if drivers perform some of these tasks while parked, or stopped at a red light, once you start moving, and even after you stop using the technology, your mind is still not fully focused on the task of driving for up to 27 seconds. This is a dangerous situation that could lead to inattention blindness, where you’re looking at the road but not seeing what’s in front of you, putting other drivers, bicyclists, and pedestrians at risk,” added Elizabeth Carey, Director of PR for AAA WCNY.

This is the fourth year of AAA’s distracted driving prevention initiative titled “Don’t Drive Intoxicated. Don’t Drive Intexticated.” The goal of the multi-media initiative is to remind drivers that the consequences of both alcohol-impaired driving and smartphone use behind the wheel could be the same - crashes that result in deaths and injuries. In addition to the survey, AAA is releasing a new PSA which targets drivers who text while they are alone in their vehicle.

AT&T’s “It Can Wait” campaign urges drivers to visit ItCanWait.com, where they can join the more than 40 million people – and counting - who have taken the pledge to keep their eyes on the road, not on their phone, and share their pledge with others via Twitter (#ItCanWait) and Facebook. Launched over a decade ago as a campaign focused on educating the public on the dangers of texting and driving, it has now expanded its focus to the broader dangers of smartphone use while driving. The public service safety campaign focuses on providing youth and adult drivers programming on the dangers of distracted driving utilizing virtual 3-D reality simulators and digital content to show firsthand how life-threatening using a smartphone behind the wheel can be for the driver and all others on the road. To help those drivers who can’t resist their phones while behind the wheel, AT&T encourages the use of mobile apps for smartphones that deactivates texting and other alerts when the car is moving and sends a friendly “away” message to people texting. 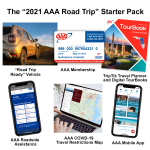 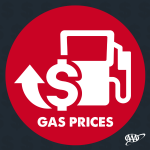 Gas Prices Mixed Across the Region 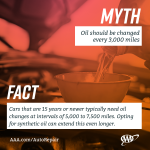 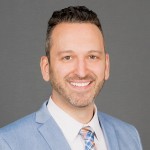 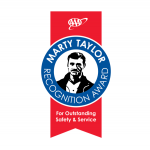 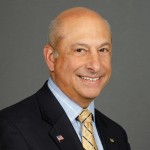 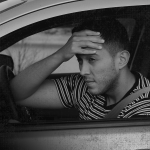 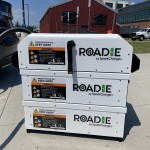