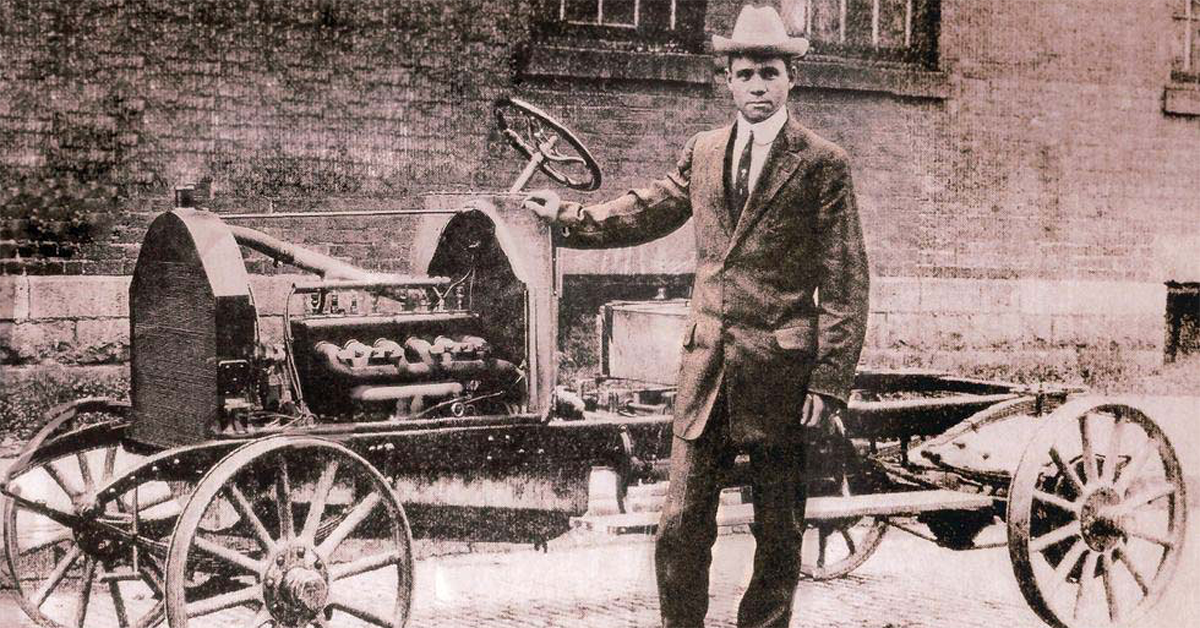 This month, AAA is celebrating black innovators, inventors, and trailblazers who made a lasting impact in the automotive industry. Take a moment to learn about these historic figures who broke barriers and changed automotive history.

Garrett Morgan is one of the greatest inventors of his time. By age 43 he already had several inventions under his belt, including the hair refiner and an early version of the gas mask. Morgan’s success allowed him to own an automobile (reportedly the first Black American in Cleveland to do so). After witnessing a terrible accident at an intersection, an idea was sparked and Morgan invented a T-shaped traffic signal that had a third, “caution” signal, essentially a yellow light.

Leonard Miller paved the way for Black Americans in the world of auto racing. He formed Miller Brothers Racing, which won dozens of races throughout the Northeast from 1969 to 1971. In 1972, he became the first Black American team owner to enter a car in the Indianapolis 500. Miller’s team was also the first Black professional race team to have a national sponsorship and to enter a Black driver in competition in England.

During this time, Miller created the Black American Racers Association with, among others, Wendell Scott. The group promoted driver development and honored Black Americans in auto racing. With help from his son, the automotive pioneer later founded NASCAR’S Miller Racing Group. He was inducted into the Black Athletes Hall of Fame in 1973.

C.R. Patterson was born a slave in Virginia in 1833 but later escaped to settle in Ohio. Patterson started his own company in 1873 and for the next 20 years, ran a successful business making expertly crafted horse-drawn carriages. In 1893, Patterson bought out his partner and formed C.R. Patterson & Sons, who set their sights on the future and produced their first car in 1915. As a result, C.R. Patterson & Sons quickly established itself as a legitimate auto manufacturer.

Born in 1897, Charlie Wiggins became an expert mechanic after apprenticing at a local automobile repair shop. In 1922, he moved to Indianapolis, opened his own shop, and built a race car out of nothing but junkyard parts. It was his dream to drive the car in racing’s greatest event: the Indianapolis 500. But Wiggins was denied entry because of his skin color.

Undeterred, he and several other Black American drivers formed their own racing league called the Colored Speedway Association. In 1934, driver Bill Cummings hired Wiggins to tune his car for the Indy 500. Wiggins posed as a janitor to elude Jim Crow laws. Thanks to Wiggins, Cummings won the Indianapolis 500 and set a track record.

Homer B. Roberts was the first Black American car dealer in the country, and the first Black man to achieve the rank of lieutenant in the United States Army Signal Corps. Roberts began selling cars by specifically targeting the Black American community. By the end of the year, he had secured 60 sales – all by Black drivers. In 1923, he opened a dealership named Roberts Company Motor Mart.

Learn more about African American history with pre-built AAA TripTiks that will guide you through landmarks in our region.