Oswego and Watertown Regions Have Important Past
Karen Brown 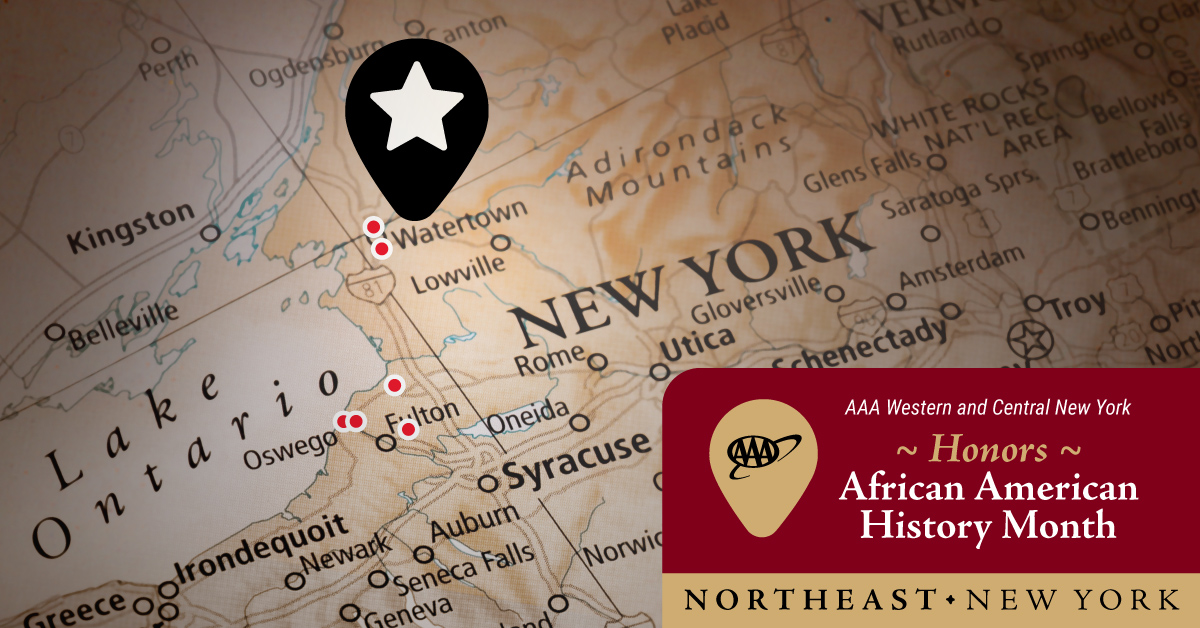 With its proximity to Canada across Lake Ontario, Oswego County was an important stop for many fleeing slavery before the Civil War.

Some headed to the city of Oswego, where ships could carry them across Lake Ontario to Kingston, Ontario. Others went around the eastern end of the lake to cross the US-Canadian border at the St. Lawrence River. Others stayed and settled in places like Oswego and Volney.

Freedom trail supporters were assisted by a network of abolitionists working through churches, political parties and sympathetic families. Some areas, including the cities of Oswego and Fulton and the villages of Gilbert Mills, Mexico and Port Ontario, were particularly active.

See a list of 11 National Register of Historic Places Underground Railroad Sites at VisitOswegoCounty.com, including the following:

The oldest building in Watertown, the Thomas Memorial African Methodist Episcopal Zion (AMEZ) Church was originally built to support the spiritual and social needs of settling African American railroad workers. The church was established in 1880 and continues to operate today.

The AMEZ Church has a strong foundation of preachers for abolition, including well-known members like Harriet Tubman, Sojourner Truth, Katherine Harris, Jermaine Loguen and Frederick Douglass.