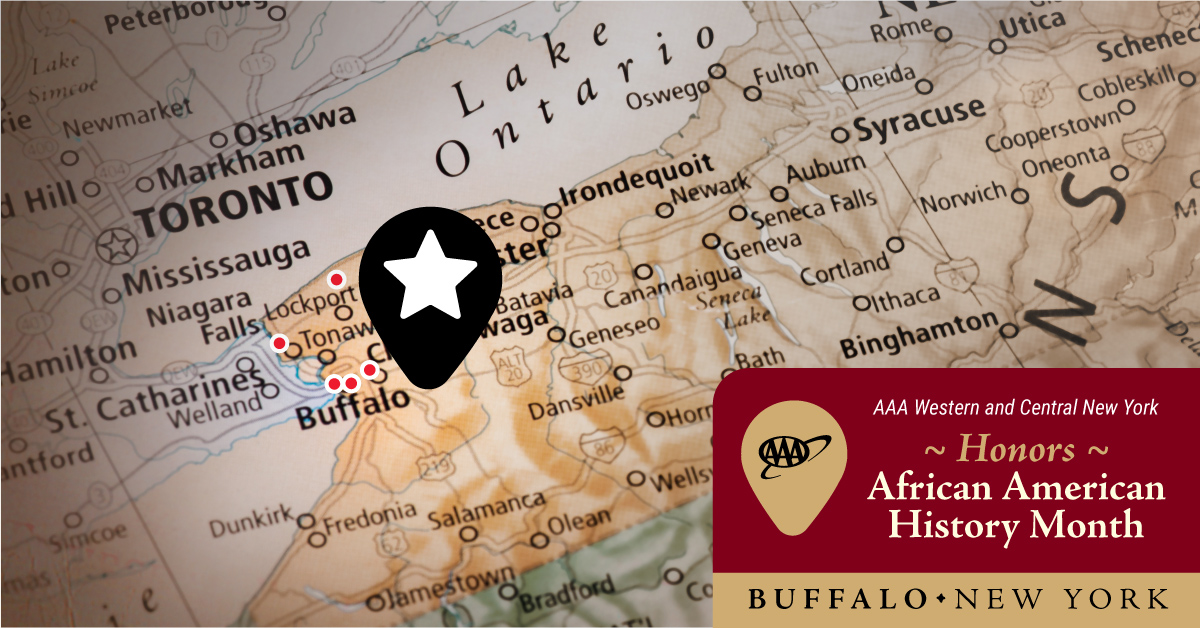 Looking to explore and learn more about African American history in Western New York? Start your cultural tour right in downtown Buffalo where many historic sites are open to the public.

AAA recommends visiting the Colored Musicians Club and the Michigan Street Baptist Church. By then you’ll work up an appetite, so consider swinging by the famous Broadway Market to enjoy some soul food cooked up by Margie.

Then head to Niagara County where you’ll get an up-close look at the sites where fugitive slaves from the Southern U.S. crossed the Niagara River to find freedom. The journey ends at Murphy Orchards, once a secret stop on the Underground Railroad.

Thank you for this excellent…

Thank you for this excellent addition!