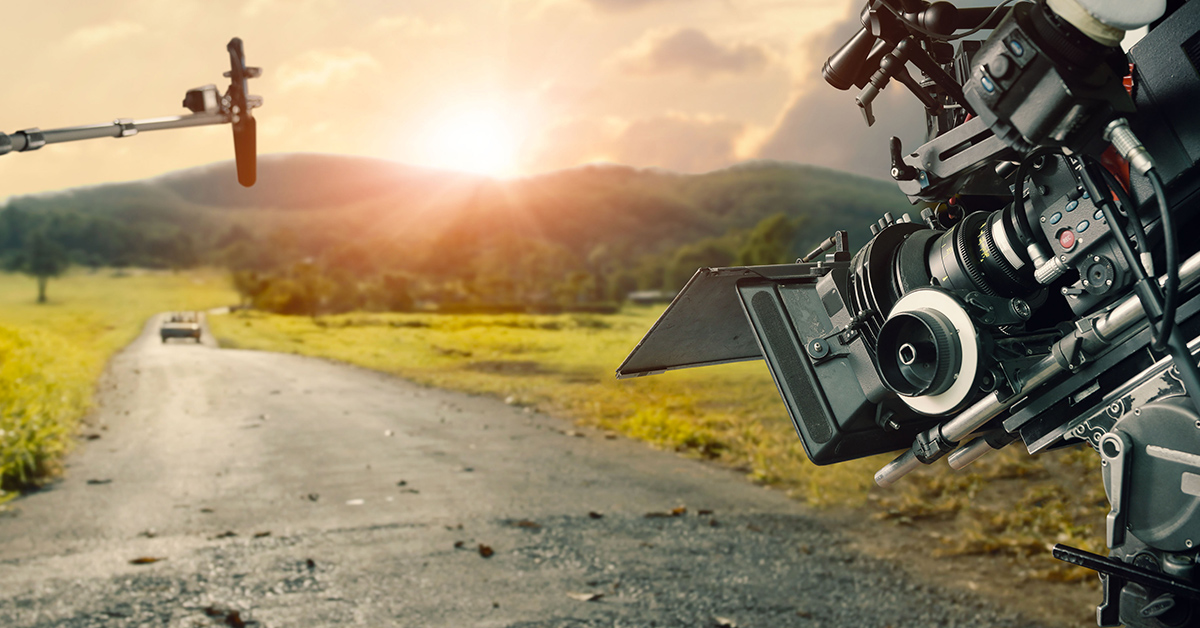 With the long-awaited release of “A Quiet Place: Part II” set for May 28, Western and Central New York is back in the spotlight as a prime location for TV and movie projects.

Investing a reported $10 million into the region, the makers of “A Quiet Place: Part II” might have brought Western New York its biggest film production in recent history. However, it’s far from alone. Features such as “The Purge: The Island,” “Crown Vic” and “The True Adventure of Wolfboy” were filmed locally during recent years. “The Binge,” starring Vince Vaughn, completed production in Syracuse in late 2019 and is anticipated for release on Hulu.

According to IMDB.com, Buffalo, Niagara Falls, Rochester and Syracuse account for nearly 1,300 movie and TV filming locations, and the list continues to grow. AAA shares some notable film and TV shoots that brought Hollywood stars, big productions and national attention to the region.

‘The Natural’ (1984) Much of this Robert Redford baseball film was shot at War Memorial Stadium, the original home of the Buffalo Bills, before it was demolished in 1988. Also appearing in “The Natural” is All-High Stadium, which doubled as Chicago’s Wrigley Field after alterations were made. All-High Stadium is in regular use by high school, college, and semi-pro teams today.

‘Buffalo '66’ (1998) Buffalo native Vincent Gallo exposed some of the gritty side of the Queen City with his breakout comedydrama co-starring Christina Ricci. Many humble filming sites can be spotted around the region, including the El Palenque Mexican Grill in Amherst, which was a Denny’s in the movie.

‘Nightmare Alley’ (2020) A casting call for extras to appear in “Nightmare Alley” directed by Guillermo del Toro helped round up local background actors for filming in Buffalo in February. The movie, a remake of the 1947 film, follows a corrupt conman and a female psychiatrist who trick people out of their money. Toni Collette, Cate Blanchett and Bradley Cooper star in the Fox Searchlight Pictures production, which was also filmed in Toronto Ontario, Canada.

Born in Mexico, del Toro won Oscars for Best Picture and Best Director for 2017’s “The Shape of Water.” His other credits include “Pan’s Labyrinth,” “Hellboy” and “Pacific Rim.” “Nightmare Alley” is now set for release Dec. 3, 2021.

‘The Amazing Spiderman 2’ (2014) A familiar-looking chase scene from the superhero sequel starring Andrew Garfield and Jamie Foxx starts about six minutes into the hit movie. The scenes were shot around the Eastman Theater on Main Street. Hundreds of extras were hired from the region, and the film went on to make over $709 million at the box office.

‘Hyperdrive’ (2019) This Netflix driving competition series, produced by actress Charlize Theron, has been described as a combination of “American Ninja Warrior” and “Fast and the Furious.” The series was shot at night on an illuminated course at the 1,200-acre Kodak’s Eastman Business Park, giving the series a futuristic visual feel.

‘Slap Shot’ (1977) Scenes from this classic Paul Newman hockey movie were shot at the Onondaga County War Memorial arena in June 1976. Despite the summer weather, 500 extras depicting fans of the “home” team were instructed to wear winter clothing for the shoot. “Slapshot” was a modest box office hit at the time, but it has endured as a cult classic in the sports movie genre.

‘Big Time Adolescence’ (2019) This comedy, starring Pete Davidson of “Saturday Night Live,” was filmed in Syracuse by Liverpool-based production company American High, with scenes shot at the former A.V. Zogg Middle School, now known as Syracuse Studios. The movie is available now on Hulu. Reviews have been strong for Davidson’s performance. American High has also shot “Holly Slept Over,” “Banana Splits,” “Looks That Kill” and “Sid is Dead” at the Zogg building.

‘Niagara’ (1953) This thriller, which starred the iconic Marilyn Monroe, is full of familiar sites surrounding Niagara Falls on both sides of the border. The closing scene, which shows Monroe’s character walking across a cobblestone street, is the longest walk in cinema history, requiring 116 feet of film to record.

‘The Office’ (2009, season 6, episodes 4 & 5) “The Office” is still the most popular series on Netflix six years after it originally aired. The wedding of paper salesman Jim Halpert (played by Krasinski) and receptionist Pam Beasley involved a two-part episode around Niagara Falls. In a highlight of the series, Jim and Pam break away from their coworkers for a private ceremony on the Maid of the Mist.

‘Ghost Lake’ (2004) This obscure horror movie was filmed at Rushford Lake in Rushford, a small town in Allegany County. Although “Ghost Lake” was made with a limited budget, the film has been released in more than 30 countries.

Are you a movie fan? AAA members save at popular movie theaters around the country with Ticket Monster! Visit Ticketmonster for exclusive movie ticket discounts at a theater near you!

Save On Movie Tickets

Quiet on the Set by Kip Doyle

Nice article about movies in WNY. But, there is a somewhat forgotten movie "Manna from Heaven" (2002) that was completely about Buffalo and shot in Buffalo. Suggest you take a look at it on the Internet Movie Data Base. Written and directed by the Burton sisters, from Buffalo and a cast of notables. Sorry that you did not list this really wonderful Buffalo movie.
Arthur Cooper E-mail: ampacooper@aol.com

Thanks for your suggestion,…

Thanks for your suggestion, Arthur!

We did consider that movie, but could only fit in so many features for this article! Maybe we can revisit "Manna from Heaven" in a future article? It doesn't look like the trend of movie and TV productions in the region will end anytime soon!

Stop Scammers in Their Tracks

AAA Members Save on Back to School Essentials

Keyless Entry Systems Are Convenient, But Come With Risks