"Too Tall" Winston on Traveling with the Harlem Globetrotters

"Too Tall" Winston on Traveling with the Harlem Globetrotters 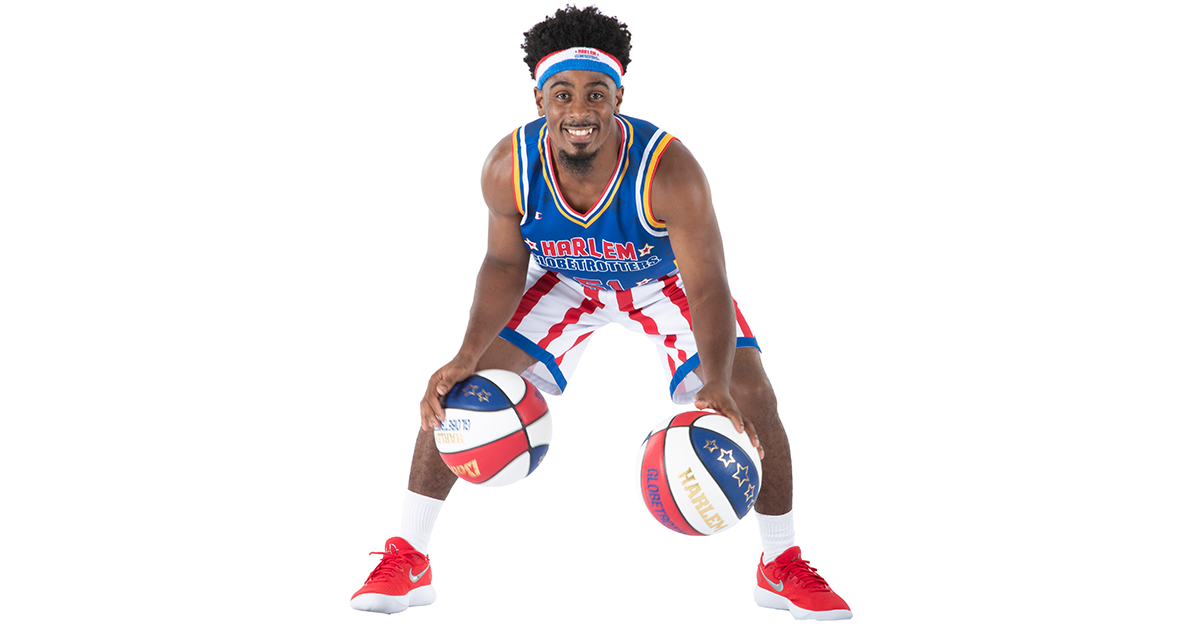 Growing up in Russellville, Ala., Lucius “Too Tall” Winston would watch the Discovery Channel and imagine traveling to far-off places and experiencing new cultures and surroundings.

Winston would find his ticket to travel through the sport he loves, basketball, despite challenging early prospects when a high school coach deemed him as “too short.” Hence the playful nickname “Too Tall” for the 5’10" guard.

After earning all-academic honors at Tuskegee University in Alabama, Winston would go international as a professional player in Mexico and Canada. Today, he travels the country extensively as a trick shooting, dribbling machine for the world-famous Harlem Globetrotters.

“I’ve had a chance to play in some of the best NBA arenas I never thought I would play in, like Madison Square Garden, Boston Garden, Brooklyn at the Barclays Center. I just cherish every stadium and every city I get to play in because I come from a city of about 6,500 people,” Winston said.

As an undersized player, Winston says he developed his ball-handling abilities to maneuver around bigger, stronger players. Those skills of necessity became skills of pure entertainment with the Globetrotters, where Winston set the Guinness World Records title for the most bounced basketball figure-eight moves in one minute, 62, in 2020.

Winston says he enjoys every city he visits with the Globetrotters, but it’s the people, especially the children, that make the biggest impression on him. Winston works to return the favor. In between games, Winston tries to visit as many hospitals and schools as possible to make a positive impact on the youth.

“I love to see that smile on their face when I spin the ball on their finger, or when I'm doing an amazing trick or hit a four-point shot,” Winston said. “So, one of my biggest things is, I just want to be an inspiration to any child I come in contact with.”

With dozens of games slated across the US and Canada on their current Spread Game Tour, the Harlem Globetrotters are very accustomed to touring and being on the move.

For Winston, the rapid pace of travel was tough to keep up with at first. He even arrived late for the team bus once. Today, Winston’s best trick when it comes to travel is packing early.

“Now I make sure I have everything packed to make sure I can focus on the game,” Winston said.

To relax on the team bus between games, Winston enjoys reading and listening to music like rap, R&B, and gospel.

No matter where he’s traveling, Winston looks forward to connecting with new audiences and carrying on the tradition of the Harlem Globetrotters.

“It’s just an amazing feeling to get on a bus or get on a plane and meet so many different people and hear their stories about the Globetrotters and what they experienced back with Curly Neal, Meadowlark Lemon, and Lou Dunbar before us,” Winston said.

When AAA and T-Mobile Team Up, You Save