Step into History this Independence Day

Step into History this Independence Day 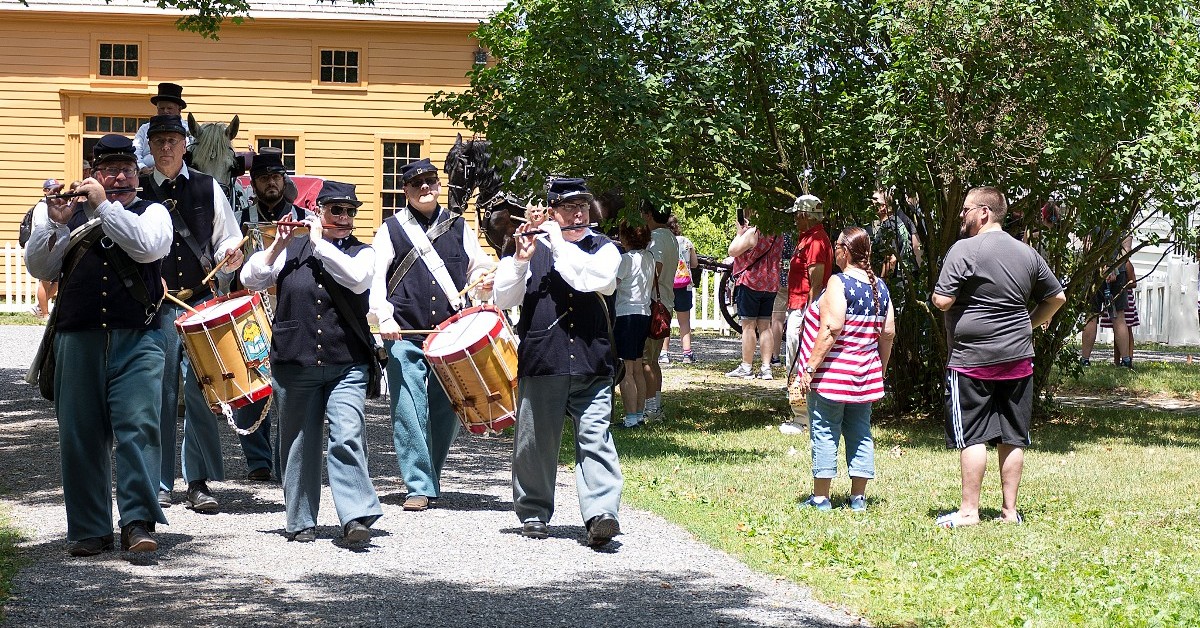 Kick off the summer season 19th-century style at the Genesee Country Village & Museum in Western New York. This July, visitors can celebrate the 4th of July, savor bitter, sweet and savory flavors during the Celebrating Chocolate Weekend, and delve into the nuanced history of how the Civil War impacted life in New York state during the Civil War Living History Weekend.

At the Independence Day Celebration, visitors will enjoy live musical performances, historic games, a 19th-century parade around the Historic Village, a pie eating contest and so much more. There will be a reading of the Declaration of Independence and Frederick Douglass' "What to the Slave is the Fourth of July?" read by David Shakes of the North Star Players, as well as demonstrations by costumed interpreters in the Historic Village.

"There's something here for everyone," said Paige Engard, Director of Communications for the Genesee Country Village & Museum. "The Historic Village is full of hands-on activities, so kids can get up close and personal with historic trades, learning about artwork, trying historic food throughout the village, explore the nature center, watch a historic baseball game, and so much more."

The 600-acre campus has 68 historic building throughout the Historic Village, where visitors can explore and learn from costumed historical interpreters who interact with the guests while performing 19th century trades, such as blacksmithing, cooking, working in the print office or making clothing.

AAA members receive a $2 discount on general admission when purchasing tickets in-person at the admissions booth, and get a 10% discount on select items in the Flint Hill gift shop at the museum.

If you've got a sweet tooth, be sure to add the Celebrating Chocolate Weekend to your calendar! From 10 a.m.to 4 p.m. on Saturday, July 16, and Sunday, July 17, visitors will discover historical recipes, sample sweet and savory goods, and dig into the history of chocolate production in the 19th century. For more information, click HERE.

During Civil War Living History Weekend at the Genesee Country Village & Museum, from 10 a.m. to 4 p.m. on July 23 & 24, guests will step beyond battles and behind front lines to experience interactive and educational programming, bringing the many sides of 1860's New York to life.

"The inconsistency between America's founding freedoms and the lived experience of enslaved persons was thrust into the consciousness of many throughout the country," Engard said. "While no battles took place in New York, more than 400,000 New Yorkers fought in the war, and the state played a key role in the Abolitionist movement and the Underground Railroad."

Throughout the weekend, interpreters, reenactors and guest speakers will share stories about how the war impacted all residents of New York. Hear from Abraham Lincoln and renowned orator and advocate Frederick Douglass as historical reenactors return to share the story of Lincoln and Douglass' relationship. For more information, click HERE.

This season, visitors will find something fascinating happening around the Historic Village on any day. Meander through expertly tended heirloom gardens and orchards, explore historic kitchens and see 19th-century cooking in action, meet heirloom breeds on the Pioneer Farmstead, enjoy a historical craft beer in the Freight House Pub, chat with knowledgeable costumed interpreters working on trades like coopering, blacksmithing, or weaving, and so much more.