Ithaca: A Small City With Much to Do

Ithaca: A Small City With Much to Do 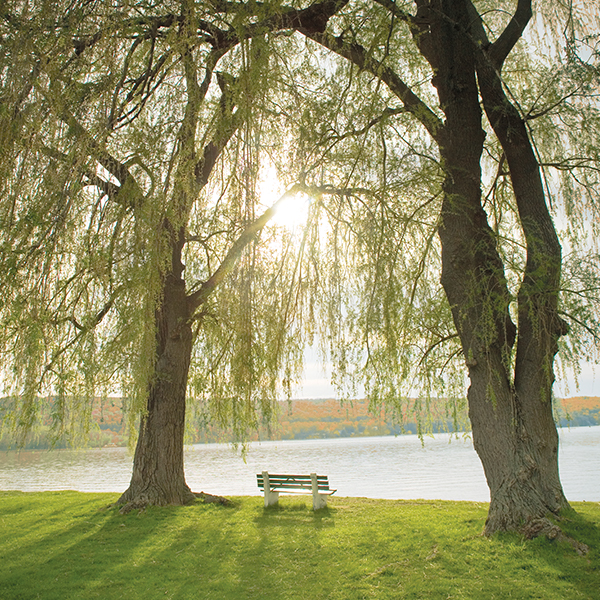 Usually, the first thing a stranger mentions about Ithaca is the weather. That’s not entirely unfair, given how many snow shovels stand sentry at front doors into April and May. However, what gets overlooked about this free-thinking, fun little city is its status as a day tripper’s paradise for the physically active, the intellectually curious, the foodie and everyone else.

The fall weather is delightfully crisp before the frigid winter air makes its extended, precipitation-heavy stay. Take advantage. A good base camp for your trip is the Ithaca Commons, the downtown square featuring an array of bars, restaurants and shops. It’s also the setting for the city’s slew of weekend events, including the popular Apple Harvest Festival, scheduled to take place October 2 to 4. It can get crowded, so get here early; street parking gets tight in a hurry. That should resume as the city reopens from COVID-19.

The quieter days are still worth your while for the people-watching: students from Ithaca College and Cornell University testing their independence from mom and dad, street musicians trying out a tune and folks lounging with a coffee and a book at an outdoor table.

A visitor could spend a whole day at the Commons, browsing the $1 racks at Autumn Leaves Used Books or heading downstairs to check out the vinyl at Angry Mom Records. However, Ithaca has even more to offer with a brief walk. On West State Street, you can catch a show at the State Theatre, an intimate, stately concert hall that has seen Elvis Costello, Tig Notaro and Vince Staples tread the boards in recent years.

Turn around and head toward North Aurora Street, and you can stroll to an array of eating options from sunup to sundown: Collegetown Bagels (or CTB, as the locals call it), an Ithaca institution; Red’s Place, home to an ample beer list and delicious sandwiches; and Ithaca Ale House, which boasts the same attributes and lots of widescreen TVs to catch any game at any time.

Food defines Ithaca. Moosewood is the most famed member of Ithaca’s restaurant row and has the cookbooks to prove it. The venerable vegetarian restaurant, housed in the DeWitt Mall on Cayuga Street, features an array of tasty, hearty entrees and delectable desserts that will please any skeptical carnivore.

If you’re looking to get active, Cornell University’s picturesque campus is a brisk walk. Make sure to wear good sneakers. The hills get steep, and they are everywhere. If you want to rest, Sage Chapel is an ideal spot to gain some perspective and catch your breath.

A great way to see Ithaca is through its murals, which turn walls and white space all over town into works of art and discussion points. You can arrange a tour at Ithacamurals.com, which also includes photos of what you will see. Thankfully, Ithaca is also not too congested to visit by car. A short drive past Mimi’s Attic (a member of the city’s vaunted antiques brigade) and Franco’s Pizzeria (a legitimate New York City pizza experience in Central New York) onto Route 13 leads to the Sciencecenter, a fun museum with a deceptively dry name that provides kids with fun, hands-on STEM education that really is fun for all ages.

If the kids are good, take them to Purity Ice Cream Co. for smooth, luxurious homemade scoops. Even if you’re without kids, Purity makes for an excellent stop. Then take a short trip for some high-end browsing – or impulse buys – at Found in Ithaca, the massive antiques warehouse. The store also hosts the outdoor Found Flea (currently on pause) every third Sunday through October. The space teems with goodies for both man caves and living rooms. Bring cash and leave space in your trunk.

For those looking to raise their heartbeat and fill their eyes, nature’s wonders are a short drive away from the city’s genial din. Robert H. Treman State Park features 12 waterfalls along its Enfield Glen gorge. This is not the only bucolic getaway. Buttermilk Falls State Park is another gem; Taughannock Falls State Park in nearby Trumansburg boasts a waterfall that borders on wonder-of-the-world status. (If you have trouble deciding where to go, the AllTrails app can narrow down your options.)

A more leisurely approach to nature can be found by choosing a spot to picnic at many of the city’s parks. At Stewart Park, bring a picnic lunch and prepare for a breathtaking view of a slice of the massive Cayuga Lake. Boaters can go for a ride on the for some wind-whipped excitement. Or you can savor some alone time – and perhaps a glass of wine from a Finger Lakes vineyard – on a romantic Ithaca Boat Tour.

Ithaca is a small city with much to do, certainly more than can be captured here. More ideas and inspiration can be found at the websites for Downtown Ithaca Alliance or at Visit Ithaca.

Or if you’re wandering around the city, ask a local for a recommendation. But, please, don’t ask us about the cold. We know.

Let a AAA Travel Consultant book you a hotel in Ithaca.