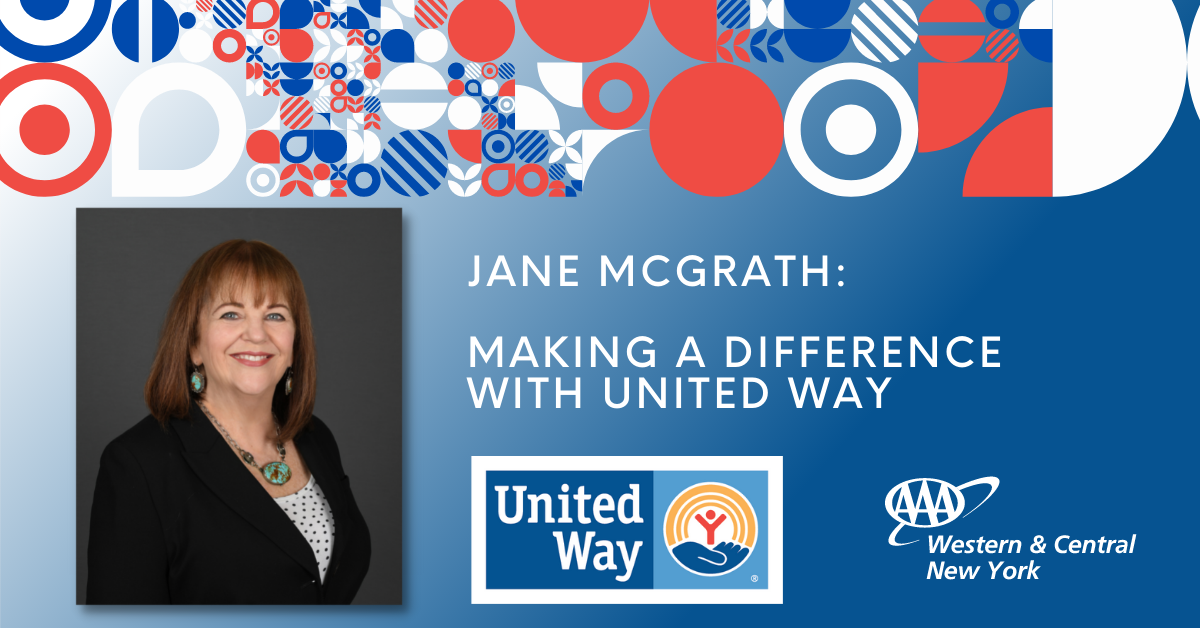 Helping people in our community overcome numerous challenges is what United Way has done for over 100 years. When Jane McGrath was little, her father was an active member of the Niagara County community and served as president of their local United Way for a short time. Now, she’s encouraging people to explore what organizations and causes the United Way supports, and consider donating.

“That’s where I want my money to go, and the United Way lets you do that,” McGrath said.

Growing up, Jane watched her father volunteer for different organizations throughout their community.

“I think he wanted us to really be aware of different people’s needs,” she said. “Empathy was very important to him.”

United Way’s mission is to improve lives by mobilizing the caring power of communities around the world to advance the common good — fighting for the health, education, and financial stability of every person in every community.

By donating to the United Way campaign, McGrath said she knows her contribution will help Alzheimer’s research.

“It is important to know that you can designate your money to one cause that you’re passionate about,” she said. McGrath said people often take what they have for granted. “The person you’re sitting next to could be struggling and you wouldn’t even know it.”

Please join us in supporting the efforts of the United Way. With generous support from people like you, we can make sure we’re helping people in our community and reimagining a future that is more equitable, where everyone can thrive. 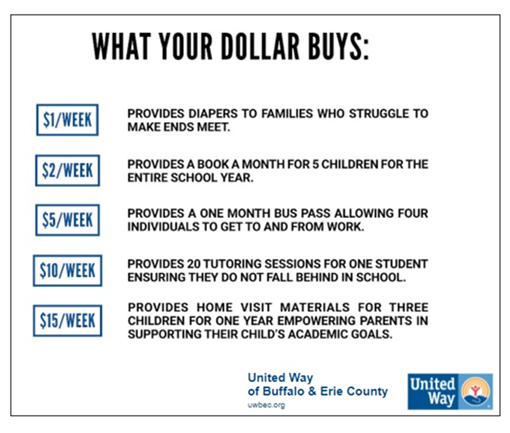 AAA Western and Central New York’s 2022 campaign with its associates will run through the end of May.

“With everything that has been going on in the world during the pandemic, helping people is more important now than ever before,” McGrath said.

Please join us in supporting the efforts of the United Way. With generous support from people like you, we can make sure we’re helping people in our community and reimagining a more equitable future, where everyone can thrive.

To participate, visit the website of your local United Way: